Learn more on MX FUEL™
Service Centres
Where to Buy Since the company began in 1924, Milwaukee Tool has led the industry decade after decade, developing innovative solutions designed to increase productivity and offer unmatched durability for professional users. We have a rich history of industry-firsts, redefining limits with revolutionary products. We are dedicated to delivering a continuous flow of advanced, trade-focused solutions that are engineered to consistently meet the evolving demands placed on professionals, and guarantee you Nothing but HEAVY DUTY™ performance in everything we create. 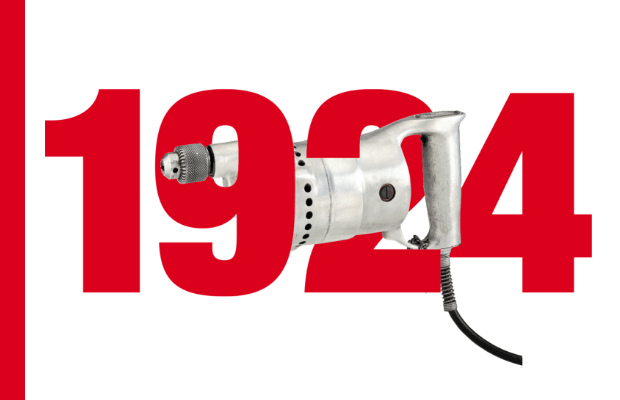 Milwaukee Tool was founded in 1924 by tool and dies manufacturer A.H. Petersen. At the end of World War I, Henry Ford, founder of the Ford Motor Company, asked Petersen to produce a portable and light, ¼-inch capacity power drill to replace the large, cumbersome units used on Ford assembly lines. Petersen created the Hole Shooter, the industry's ﬁrst lightweight, one-handed drill that drastically increased productivity for assembly line workers. The Hole Shooter was game-changing for the industry. When Petersen’s facility was destroyed by a ﬁre, his colleague A.F. Siebert bought the business, with the aim to develop the Hole Shooter under his new enterprise, the Milwaukee Electric Tool Company. We ﬁrst built a business in repairing tools. By listening to the user we uncovered opportunities to provide new solutions to our customers. Through competitive analysis and user feedback, the Hole Shooter was made stronger and more durable—suitable for the automotive and heavier metalworking industries. We also started to produce our own fractional horsepower motors, resulting in increased productivity, longer lifespan, less maintenance and better overload capacity. The high standards set for Milwaukee® products enabled us to achieve equipment speciﬁcation ratings from the US government in 1930. We made our electric sanders, portable hand grinders and ¾” electric hammer drill to Naval specifications. As our reputation for innovation and quality grew, other trades began to turn to us to improve their existing equipment. Welders wanted an easy-to-handle sander/grinder that could stand up to heavy use. Our solution: a perfectly balanced, 15-pound single-horsepower model. In 1949, our sander/grinder line was given a new feature: a spring clutch to prevent backlash with smoother operation. The feature proved to be popular and was added to our circular saw line. In 1949 we developed a ½-inch right angle drill that allowed electricians and plumbers to carry out work in confined conditions. Our next step forward was the SAWZALL™ Reciprocating Saw in 1951—the ﬁrst portable electric hacksaw that employed a reciprocating mechanism with only three moving parts. A range of SAWZALL™ Reciprocating Saw Blades enabled users to saw all types of materials, adding to its versatility and market appeal. As residential construction flourished in the United States, Milwaukee power tools became a common sight on the job sites. By the 1960s, Milwaukee Tool had become a market leader. We expanded into new product lines and increased our manufacturing capabilities to keep up with demand. 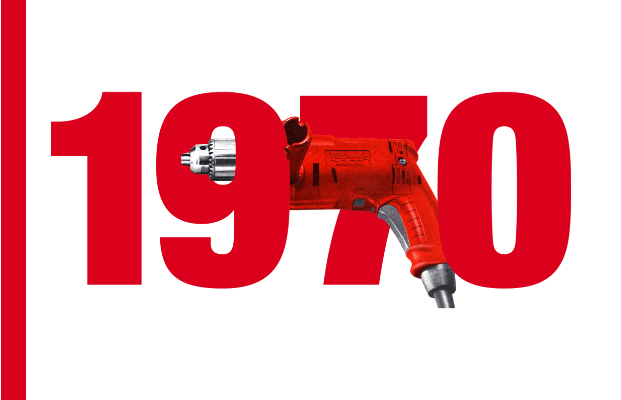 In the 1970s we introduced HOLE HAWG™, the first drill designed for large hole drilling between studs and joists. We also developed the first ½” professional pistol drill, the Magnum® Hole-Shooter, and the first U.S.-made 4-½” angle grinder. We also continued to upgrade our existing tools. The SUPER SAWZALL™ Recip Saw set a new category standard with its fast-cutting action and reduced vibration. We also revolutionised the portable band saw category by launching the Deep Cut Band Saw in the early 1980s. With the same compact structure of their smaller unit, it offered a larger cut capacity and faster cutting speeds while remaining lightweight. We ensured Milwaukee remained premium in the market by specifically producing cutting-edge tools for professionals. The Milwaukee brand reﬂected pride in workmanship and dedicated customer support for all-around service. Our dedication to professional user groups led us to be seen as a true working partner—one dedicated to improving productivity and making a difference to people’s lives through the development of equipment that keeps in mind user concerns over the physical impact of using power tools. Our slogan “Nothing but Heavy Duty” perfectly captured our commitment to efficiency, durability and user safety. In 2005, after years in development and a multi-million-dollar investment, we disrupted the industry by inventing the first lithium-ion cell design for use in power tools. The technology was introduced with the launch of our revolutionary V28™ lithium-ion battery technology and line of cordless tools. Our V28™ battery was able to give tools more runtime and power than an 18-volt traditional nickel-cadmium battery of the same weight. It also offered fade-free performance and opened up opportunities for more powerful corded tools to become cordless. Dedicated to providing disruptive innovation to the plumbing, electrical, HVAC and MRO trades, in 2008 we launched the cordless M18™ and M12™ lithium-ion tools. The M18™ system was developed to be the ultimate synergy of professional-grade power, extreme performance and superior ergonomics. The M12™ cordless system was designed to deliver industry-leading durability and power in a compact size. It gave users access in the tightest places, transforming inefficient manual tools—such as cable and copper tubing cutters—into advanced workhorses. 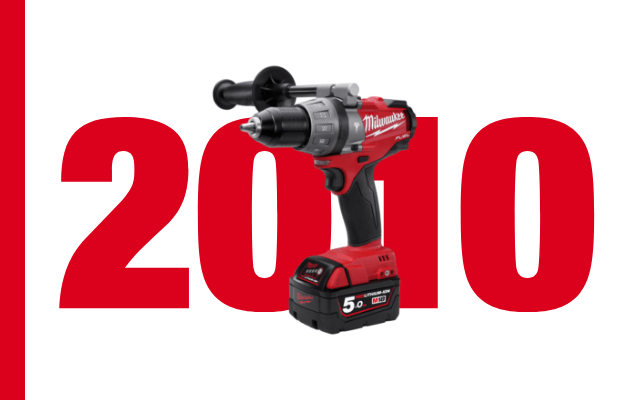 In 2010 we developed the next generation of lithium-ion technology with the introduction of REDLITHIUM™ batteries that are fully compatible with all M12™ and M18™ products. We continued this momentum with the launch of our M12™ and M18 FUEL™ platforms, which integrated three ground-breaking technologies: REDLITHIUM™ battery technology, the POWERSTATE™ brushless motor, and REDLINK™ PLUS Intelligence, providing a new class in durability, runtime and performance. We added innovation across the job site with solutions like our M12™ and M18™ lighting with TRUEVIEW™—the industry’s first system of high-output LED lights. We unlocked the future of the digital job site in 2017, with the introduction of ONE-KEY™, the first digital platform for tools. In 2018, we transformed tool transportation, organisation and storage with the PACKOUT™ Modular Storage System. In 2020, we revolutionised the light equipment market with the MX FUEL™ Equipment System that offers the runtime and durability demanded by professional trades, without the hazards associated with emissions, noise, vibration, and the frustrations of petrol maintenance. For decades, Milwaukee Tool has led the industry with disruptive innovation. Creating fresh demand and new markets, disruptive innovation is about delivering new-to-world technology and unparalleled levels of performance and productivity to the professional user, changing the way the job will be done in the future. Soaring to the next level of performance has been a hallmark of our company from day one. As a manufacturer of solutions that lead to safer, more efficient job sites, our dedication is to you, our user. We will not be complacent. We will not stop disruptively innovating to make you more productive.